“Why did you reject the job offer?” asked my frustrated uncle to his son who had recently completed his engineering course and was offered a hefty package of 6 digits per annum. Rocky aka Ranjeet Kumar remained least bothered, and preferred concentrating on his PUBG rather than replying to his dad who repeated the same question the next with a chappal in his hands; only to get his son’s attention, who I guess lost the battle of PUBG with the same regret as Marathas had during the battle of Panipat. He counted his father as an invader having invaded his concentration by supporting the opposition in an important battle. He got up from his chair, kept the cell in his pocket and without wasting much energy simply replied to his dad, “Apna time ayega”. He left the room with pride and a walk that of a branded hero of Bollywood as if he had decoded the path to success. The father was left bemused with the background music of ‘Gully Boy’ in his son’s cell phone.

Gone are the days when most of 90’s youth dreamt of pursuing the most desired Bachelor degree of B.Tech and the cream wanted to invest in being MBBS. As we entered the 21st century, the career choice of the youth was like the ‘blind sheep’ and following the crowd or as they ‘be a part of the rat-race’ was the only motto. Hefty packages with privileged onsite opportunities were the only destinations that were fed deep into the young subconscious minds, but at least the choice of the career was apt and clear than the ‘social media youth’ of today.

The definition of success was simple during the 90s, aiming for the least complicated lifestyle like that of Surendra Sahni from a Bollywood flick- a 9 to 5 job in a power house, a scooter carrying the wife and kids, mundane weekends with occasional theater and pani puri or ice cream outings. The definition has changed in past years with- hefty packages, a big caaa…aaaar and hunger for an onsite opportunity faded Surendra Sahni into a career-oriented, social, uber cool, ‘Mr. X’ yet politically, environmentally active. Then what prompted Rocky towards the reply he gave, despite having an offer in one hand and an expensive iPhone X in the other? Well, the youth answered himself!

“I am just following my heart.” adjusting his rapper cap with a silver chain and neatly trimmed beard, dude-like attitude with swag of a dhinchak category; his eyes penetrating deep into my eyes as if questioning my very existence, making me a little uncomfortable. He looked sideways and touched a poster with his right hand, bring it back to his lips and kissed his hand. He seemed to take the blessings of someone who had rocked the world of fame without possessing any ‘cream’ education, and broke all the barriers of old-fashioned trends of attaining the success. I followed his eyes and hands, and looked at the poster of ‘Dhinchak Pooja’. After all, a majority of youth regarded her as the inspiration and an idol who followed her heart without. Though there wasn’t much use of the grey matter and may be the word ‘wisdom’ didn’t exist in her dictionary, she rose to obnoxious levels of fame at the same time setting the trend for youth like Rocky.

He didn’t enjoy being questioned about his future plans and nor did he want share the approaches he would use towards success but, he was quite vocal about his whereabouts and live updates on social media apps like Facebook, Twitter and Instagram with loads of hashtags.

“You have to be engaging and communicating with your fans, they just want your updates every moment, that’s what all superstars and celebrities do.”, he stated and concluded by comparing his stature to that of the legends of industry like the Bachchans, Khans and Kapoors are active on social. He might not have focused on the efforts they had made for attaining that level but that was an answer to many of my questions which he never wanted to answer. Rather, he indirectly wanted me to follow and figure out by timely checking his updates, and expected me to say “Dude why don’t you follow me and get to know more about my lifestyle?”

“I have no time to answer you buddy, so stop wasting my time.”

Before I could ask more, like every elder brother will do, he excused himself from the ‘annoying’ cousin and grabbed his cell from the pocket, adjusted the selfie stick fixed to the table and opened ‘Tik Tok’ app, recorded his performance just the way an Executive would deliver a business presentation to the esteemed clients. It’s not known how many rounds of appreciation an executive gets after a presentation but the guy sitting opposite to me got the result within just a few minutes. He showed the hearts and likes of his followers in a range of 113ks. For a moment I wasn’t thinking about my cousin but about all the intellectual followers who were liking and commenting on his posts to post some more nuisances. God save the audience, they follow and like anything, almost everything.

“This is life you know bro… I just rock, these people are crazy about me”, he said with an excitement in a videshi accent leaving me wondering that ‘Bhaiya’ changed to ‘bro’.

I was wondering if the presence of social media could have altered the career plans of youth of ‘90s or 21st century, what if telecom sectors were advanced by then and many of us would not have opted engineering as a career choice and rather been afflicted by the so-called ‘Follow-your-heart’ syndrome. With the evolution of time, this phrase has also evolved with more options, but I never imagined that it can go to this extent that the youth will try to find unthinkable means to achieve the real meaning of ‘success’.

“My aim is to become a Youth Icon.”, he replied with a pride in his loud arrogant voice leaving me shocked and wondering about the souls of Steve Jobs, Stephen Hawking, APJ Abdul Kalam, who if watching this would be as astonished as me. Not even in the wildest dreams did we wish for becoming a ‘Youth Icon’. Come on, was that even a career choice? Instead, we were happier in becoming school captains, football team leaders, class monitors in schools / colleges to star awards, heroes of the month, and the best employees in our respective organizations.

“Why not to take up a real job after your graduation, and then you can be an icon in the field you have studied?” I asked with the least expectation of getting any worthy reply. “I was born creative; education destroyed me!” he said and I burst out laughing yet pitying people who reached the stars and the moon with just education. Well… no questions or objections on his thoughts and principles of life, but it also seemed that the ‘Social Media Youth’ is well-equipped with self-motivated thoughts, abundant knowledge to counter age-old traditions of success and handful of icons who rose to fame in the blink of an eye; and yet I could see another poster of the ‘Wink Girl’ from Southern India who became famous with a wink and had millions of followers overnight. “Wow!!!” I exclaimed to myself, “The Hardik Pandya generation is all set to rock like my cousin Rocky”. How things have deteriorated from Rahul Dravid’s era to Pandya’s!

“What do you want to become?” I politely questioned him taking care that his jadedness towards answering questions isn’t so much fun. Even after the display of followers on his social media account, I was unable to figure out the occupation that he is driven towards. He stopped toying with his cell phone and glared at me. Having enjoyed the like and the love icons from his followers, he seemed visibly confused. I was expecting a dead-end response. He relaxed himself on his revolving chair, scratching his head, mincing his eyes and curving his lips tightly he thought for a moment, seemed he was exploring all the options in his head without any clear picture of what exactly is the destination. 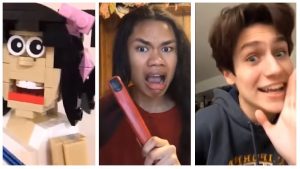 “I want to be extremely rich and powerful” he replied. I couldn’t resist and blurted “How?”

“Agar kisi cheez ko shiddat se chaho…” I could only manage to hear half and suddenly a web of thoughts started circulating in my mind thinking about how people can misread and misuse of the genuine phrases and motivational lines, they can mold in any direction they want to. There is no question about his thoughts and powerful figure he aims to become, there is no question about his will but where is the way?! May be with time, he will figure out the way or might learn to invest his will in the right path.