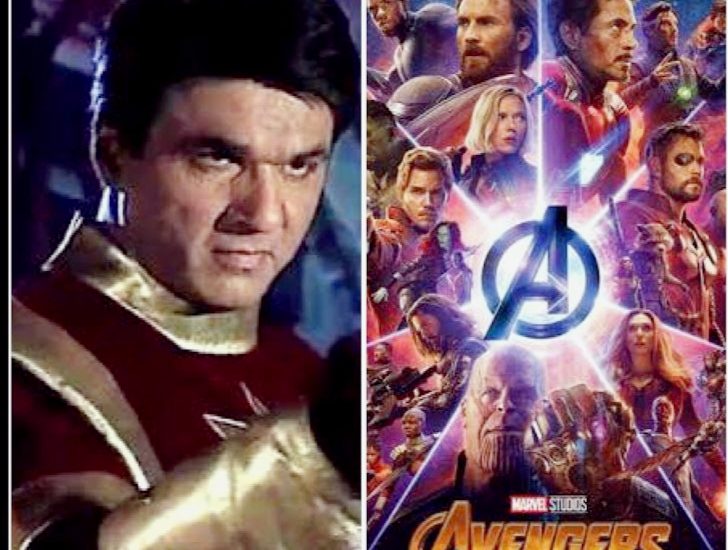 I was enjoying breakfast on my recent trip to my hometown when my father out of curiosity asked ‘Beta yeh Avengers Endgame kya hai?’ It was not only a valid question but another important current event happening around along with IPL 2019, General Elections and Game of Thrones’ Finale.

The superhero movie is no rocket science for majority of us to understand and there is a general saying if you haven’t watched GOT or Avengers, then society might not accept you. But that doesn’t mean I should take it literally and discard my father from the society. So I replied quickly without looking at him.

‘It’s a movie’ I could recall the time when I had to explain my dad about Facebook, Twitter and other applications and it was a challenge. I guess many of us have gone through that task.

‘I can see that it’s a movie but what exactly is it all about?’ he asked innocently after finishing reading the last page of ‘Punjab Kesari’ newspaper that has advertised  Avenger’s Endgame on full page.

‘It’s a superhero movie like aa….aa…Shaktimaan’ I said as if I have found some relevance. 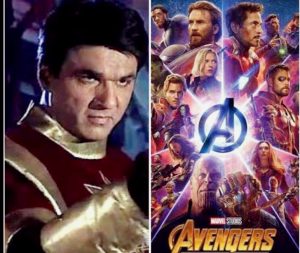 ‘Is Avenger a superhero? Who is the Avenger?’ he asked pointing towards all the characters shown on the page and it was genuine question.

‘All are Avengers.’ I said and continued while he folded the newspaper and attended the session like a sincere student.

‘They work in a team as they are supposed to kill Thanos who is the most dangerous supervillain.’

‘Thanos?’ there was an inquisitive look on his face and immediately I pointed at the newspaper to show his image and he relaxed himself with his spectacles on and looked at me to get more information.

‘Thanos like aa…aaa..Kilvish’ I said recalling the dangerous villain opposite Shaktimaan. I was feeling weird inside thinking about Marvel’s comparison with ‘Shaktimaan & co.’ Only one guy on earth would be very happy listening to this and he would be ‘Mukesh Khanna’ who played Shaktimaan.

‘Then who’s Dr. Jackal?’ My father asked. He was another villain who used to compile dangerous strategies against Shaktimaan. I looked at the paper again and pointed at another character and said.

‘They have Dr. Strange’ I was happy that I was able to find some correlation with the DD series.

‘What a strange name!’ my father giggled and asked if he is in the team of Thanos.

‘No, he is also an Avenger.’ I said making myself pretty clear.

‘Then who are Avengers?’ my father asked again innocently. I was forced to recall the background and stories. I was thinking about all the parts and series that one has to watch to get to know what exactly the ‘Avengers Endgame is all about’. I was trying to Google and find out the list of movies that I have to explain it to my father and it was more than the syllabus of B. Tech.

Captain America who became the super soldier, thanks to a U.S. government experiment during World War II. Then Captain Marvel, a super-powered soldier from a faraway planet who with speed of light can save multiple planets. She has got the powers after absorbing Tesseract’s power, but our knowledge is limited to ultraviolet and gamma rays. Then there’s Iron Man with the tough suit that has all the appliances and gadgets fitted into that one doesn’t even have at home. Next, are the Guardians of Galaxy who have a team and ‘I am Groot’.

Then Black Panther from Wakanda and Thor from Asgard. But you can’t compare them with ‘Badlapur’ and ‘Mirzapur’ because they don’t have super heroes. The incredible Hulk, Dr. Strange, Antman and wasp, Batman and Deadpool. Oh my bad! Deadpool and Batman are not a part of Avengers. They are all together from a different world and I can’t take their names as it will get more complicated explaining to my dad. I went blank for a few seconds thinking and recalling the long list when my father nudged and asked.

‘I am waiting to hear from you’.

I smiled, cleared my throat and came up with this.

‘Papa, it’s very simple, like we have Singham and Simmba. Singham can travel to Simmba and show his prowess in solving the case and similarly both can go to Sooryavanshi and all these cops together can solve the same case and fight against the same villain.’

‘So, Avengers is nothing but the group of various superheroes who have already handled cases individually but are now fighting together in one movie for the same case.’

He thought for a moment, removed his spectacles and said ‘Aah! I get it!’ I smiled and was happy that I explained well.

‘Will Dabang be part of Sooryavanshi or Singham?’ Another genuine question but I guess DC can’t merge with Avengers.

‘Dabang is altogether a different league so he might not join this team plus that movie has Bhai working in it, who can manage alone.’ I said and my father smiled.

I was wondering about Bhaijaan that Avengers might have hired him to kill Thanos, he might not need any infinity stones or powers. He would have done without even snapping the fingers. Before I could relax my father asked another question.

‘Beta ji ! What is Game of Thrones?’ I thought for a moment, smiled. I wanted to say ‘Papa, if we remove sex, brothel house, violence, killings, bloodshed, nudity, betrayal and most important wine, we will get a story of Thrones.’ If I analyze how crazily we like everything mentioned above we are an intelligent audience.

‘It’s very much an advanced version of Mahabharata.’ I said and left the room before being questioned in detail.